_ NOTICE: Visit any of our branch locations if you __ have incomplete NSITF transfer documentation 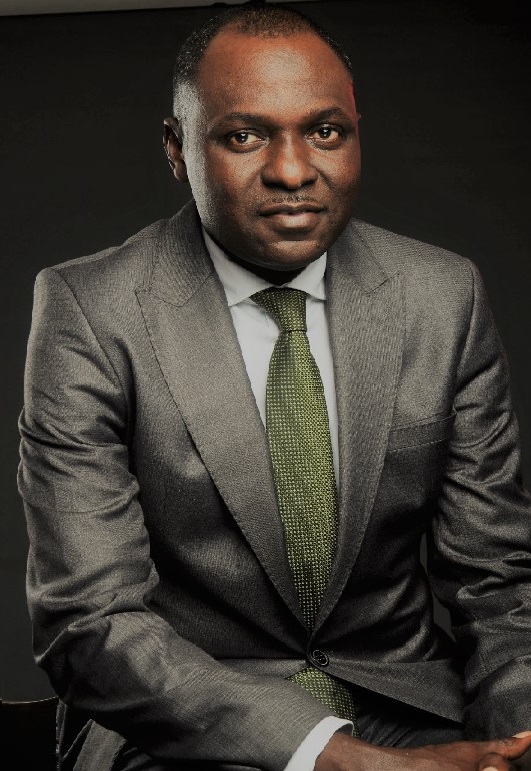 Sa’adu is a versatile professional with working experiences across several sectors of the Nigerian economy. After graduating from Ahmadu Bello University, Zaria, in 1995, with a degree in Business Administration, Sa’adu began his career in 1997 with Intercellular Nigeria Limited, one of the pioneer private telecom operators based in Lagos.

In 2001, Sa’adu joined Citibank Nigeria in the Operations and Technology section also in Lagos. Sa’adu was appointed pioneer manager of MTN Nigeria in Kaduna State in April 2004 and subsequently Regional Manager, MTN Abuja, in September 2005. In 2008, Sa’adu became National Customer Intelligence Manager of MTN Nigeria. Later in the same year, Sa’adu took study leave to attend a full time Master’s in Business Administration (MBA) degree in University of Oxford (Said Business School) in UK. He specialized in Finance and Strategy at the school. Upon his return to MTN Nigeria after successfully completing the program, Sa’adu worked on several transformational projects within MTN before leaving, in December 2010, to start a Finance and Strategy Consultancy business. Sa’ad consulted for many private and public organizations.

In 2012, Sa’adu, joined Premium Pension Limited, Abuja initially as Head of Corporate Strategy and subsequently, as Chief Investment Officer (CIO). In 2015, Sa’adu became the Managing Director of Alexander Forbes Consulting Actuaries (AFCAN) one of Nigeria’s leading actuarial consulting companies based in Lagos and a subsidiary of Alexander Forbes, South Africa. Sa’adu joined PAL Pensions in May 2020 as Executive Director, Technical with the responsibilities for many areas including Business Development and Investments. 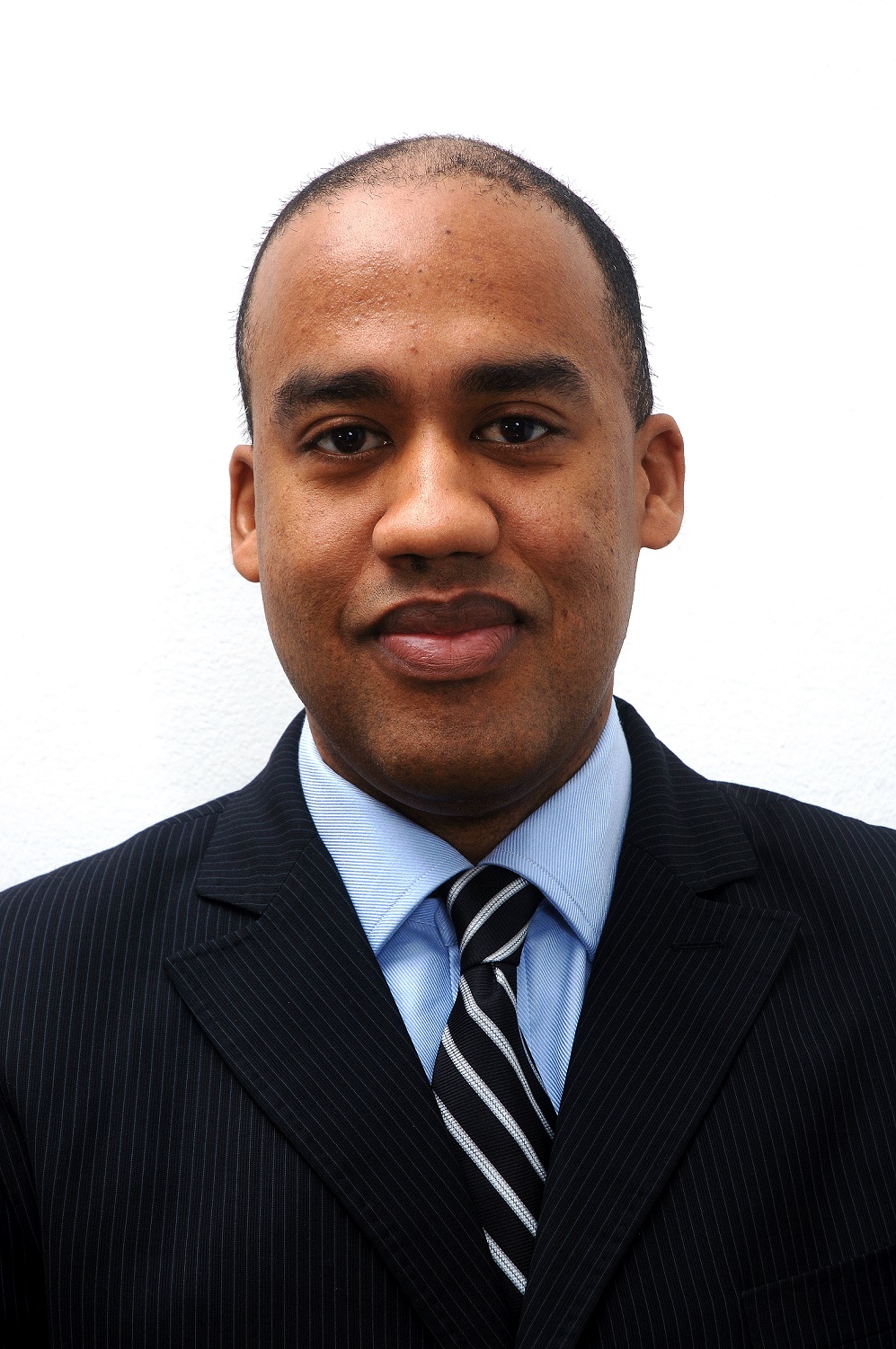 Patrice Backer is a Partner and the Chief Investment Officer of Senegal-based AFIG Funds, an Africa-focused private equity fund manager. He leads all aspects of the investment process, including deal sourcing and execution, pipeline evaluation, portfolio monitoring and portfolio company monitoring, portfolio valuation and reporting. He is a member of the Investment Committee. Prior to AFIG Funds, Patrice was the Managing Director of PromoCapital, a transnational investment firm with offices in Haiti and the U.S., where he led investment banking in several areas. He formerly served as Vice President of JPMorgan’s Emerging Markets Sales and Trading and Latin America Mergers & Acquisitions groups. Patrice graduated from Harvard College with a bachelor’s degree in Engineering Sciences. He is a graduate of the University of Pennsylvania, where he obtained a joint MBA from the Wharton School and an MA in International Affairs from the Graduate School of Arts and Sciences. He is a Fellow of the Lauder Institute Global MBA program. He holds American and Haitian citizenships. 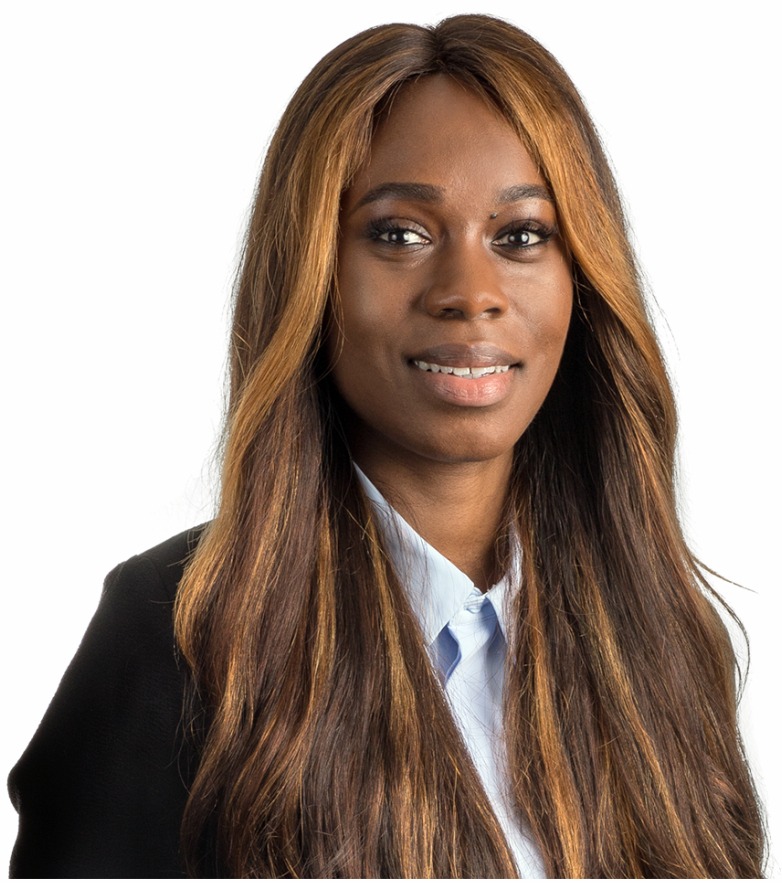 Adesuwa holds a Bachelor’s Degree in English Language and Literature from Harvard University and a Graduate Diploma in Law. She is a Solicitor (Corporate – Private Equity) with Clifford Chance LLP, London. Her role involves advising on a wide range of domestic and international M&A transactions for global, regional and emerging markets financial investors, which include major private-equity houses, banks, specialist infrastructure and private equity real estate funds and other financial institutions.
Adesuwa is a co-founder of ‘Generation for Change’ a charitable organization created to raise awareness and funds for Nigeria’s underprivileged. She also serves as a planning committee member for SME100, which was established to promote youth-driven entrepreneurship at the small and medium size business level. She also volunteers for different charity organizations aimed at education, training and employment activity for illiterate adults. 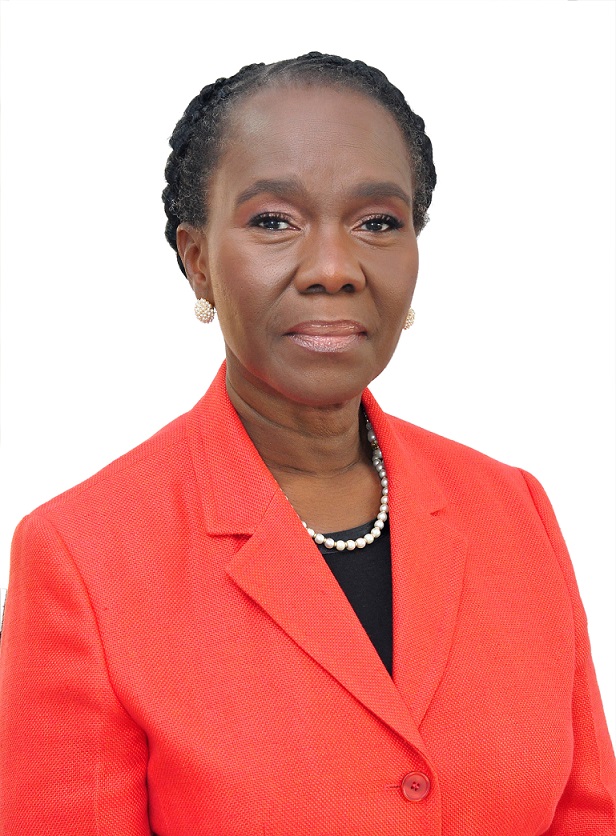 Dr. Myma Adwowa Belo-Osagie is Partner Emeritus (of Counsel) in the law firm of Udo Udoma & Belo-Osagie (UUBO) which she co-founded in 1985.  Dr. Belo-Osagie has primarily focused on advising corporate clients - in particular, international corporates establishing or restructuring businesses in Nigeria in the oil and gas, telecommunications, and general corporate sectors. She has participated in the drafting of various pieces of legislation - the most recent being the legislation that established Nigeria’s Sovereign Wealth Fund. Dr. Belo-Osagie holds an LL.B from the University of Ghana, Legon and holds a LL.M and SJD from Harvard Law School, Cambridge, Massachusetts. She is a member of the Ghana Bar, New York State Bar and the Nigeria Bar. 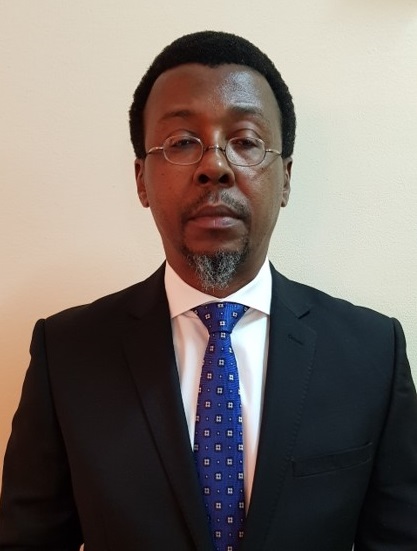 Osagie has over 27 years of business/corporate experience spanning Finance, Telecommunications and Energy. He holds a BSc. in Economics from Lagos State University, an MBA in Oil & Gas management from University of Dundee, Scotland and a Post Graduate Diploma in oil supply and trading from College of Petroleum & Energy Studies, Oxford  UK. Osagie is also an associate member of the Chartered Institute of Stockbrokers.

His corporate career started with Fidelity Finance Ltd, trading shares on the floor of the  Nigerian Stock exchange. He was also a key member of the team at the Nigerian Communications Commission, NCC, which oversaw the successful launch of mobile telephony services in Nigeria. Subsequently, Osagie served as regulatory/business consultant to major players in the telecom industry.

He is currently the CEO of Flagship Energy Ltd, an oil and gas trading company. Osagie's special interests include, environmental conservation with a focus on plastic pollution of the world's oceans and it's impact on aquatic life. 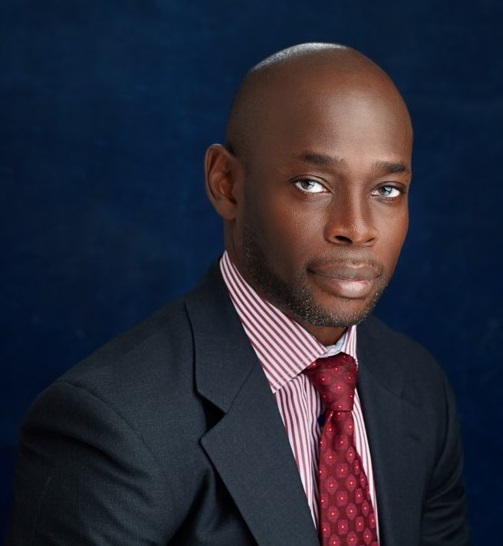 Mr Ogbomo is a senior finance expert with over 27 years of international and local finance and investment experience. He graduated with a Bachelor’s degree in Accountancy from the University of Benin in 1988, he also holds an M.Sc. in Finance from Bentley College Graduate School in 1993 and an MBA from Harvard Business School in 1997.

He worked as a senior associate at Price Waterhouse Coopers in 1993 and then as a Director at Merrill Lynch and as a Managing Director, Investment Banking at Goldman Sachs from 2004 to 2011. He was a Partner at Vine Capital Partners, a private equity firm focused on investing in key sectors in Nigeria and Sub-Saharan Africa. He serves as a director on the board of FSDH Asset Management Limited. 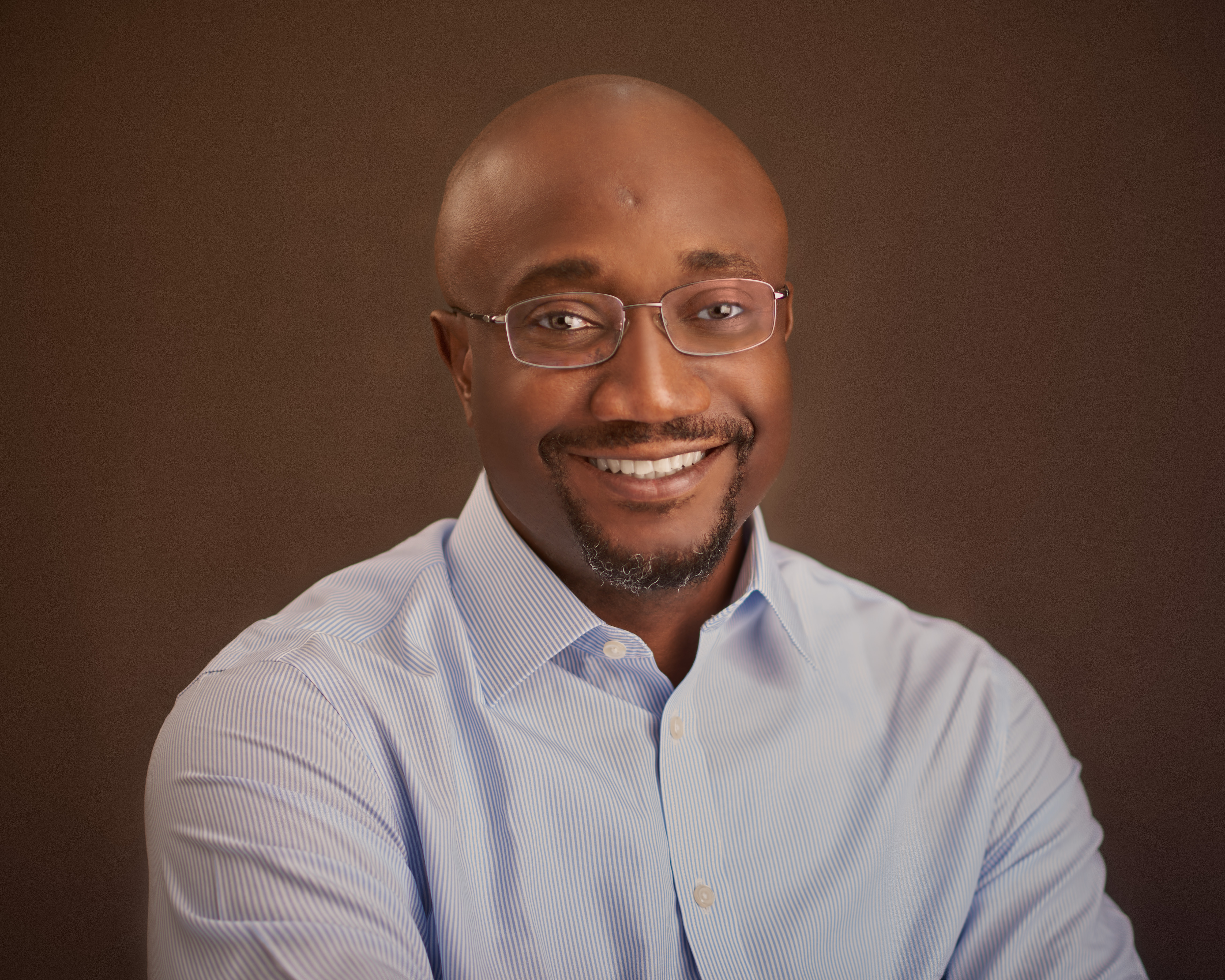 Charles Ifedi is a business executive, technology consultant, and entrepreneur, with over 20 years of experience. He is currently the Founder/CEO of eBanqo, a conversational AI company that helps organizations enhance their customer engagement, using artificial intelligence (AI) and conversational commerce. Prior to founding eBanqo, Charles was the pioneer CEO of Verve International (Africa’s leading payments card brand), and a co-founder of Interswitch Limited. He has payments and consulting experience in Africa, Europe, and the United States, having worked at American Express, PwC, and Accenture.

Charles has a Doctorate in Business Administration from Georgia State University, an MBA from Cranfield University (Odgers Prize winner), and a B.Sc. Computer Science (first class honours) from University of Ilorin.